We had a group of 20 active participants in our interactive workshop at EAHIL2018 in Cardiff.  The title and topic of the workshop was Passing on the benchmarking baton: workshop on cooperation methods, using new indicators, finding partners, and reporting results.

The workshop aimed to share methods and tools, to encourage cooperation and new partnerships between libraries and librarians, to build on new indicators that were identified during the Dublin workshop, to determine themes and methods for new benchmarking projects, and to find means and channels to report to colleagues.

The participants had the chance to meet new partners for possible future benchmarking projects and to learn and practice tools to use in their own workshops. We wanted to pass on the benchmarking baton to our colleagues and hoped to encourage new health library projects. 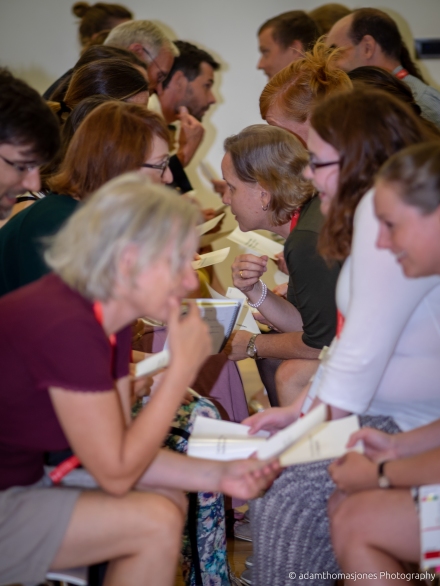 During the first activity, the participants discussed each of the proposed new indicators for two minutes in a pair and then moved to discuss the next one in a new pair. The aim was trying to find a duo or group who is willing to work on the same indicator.

During the second activity, the participants worked in the duos or groups they had just found during the speed-dating activity. They discussed the chosen indicator and its implementation and started planning new projects.

To conclude, each of the pairs/groups shared their ideas and plans with the whole group. 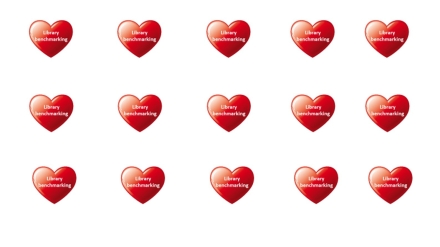 Two pairs and five groups of three members were formed. The chosen indicators and pairs & groups willing to work on them were:

We would like to warmly thank each of the participants. We really look forward to seeing some, if not all, of these projects come true. It would be great to know about one or more of the new projects, maybe read about them in the JEAHIL, or see them included in the programme of an EAHIL event, as a presentation, a poster or a workshop. 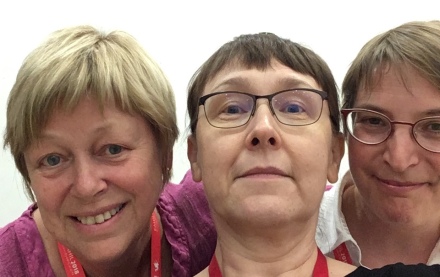 We were happy to facilitate this session. Bye for now!